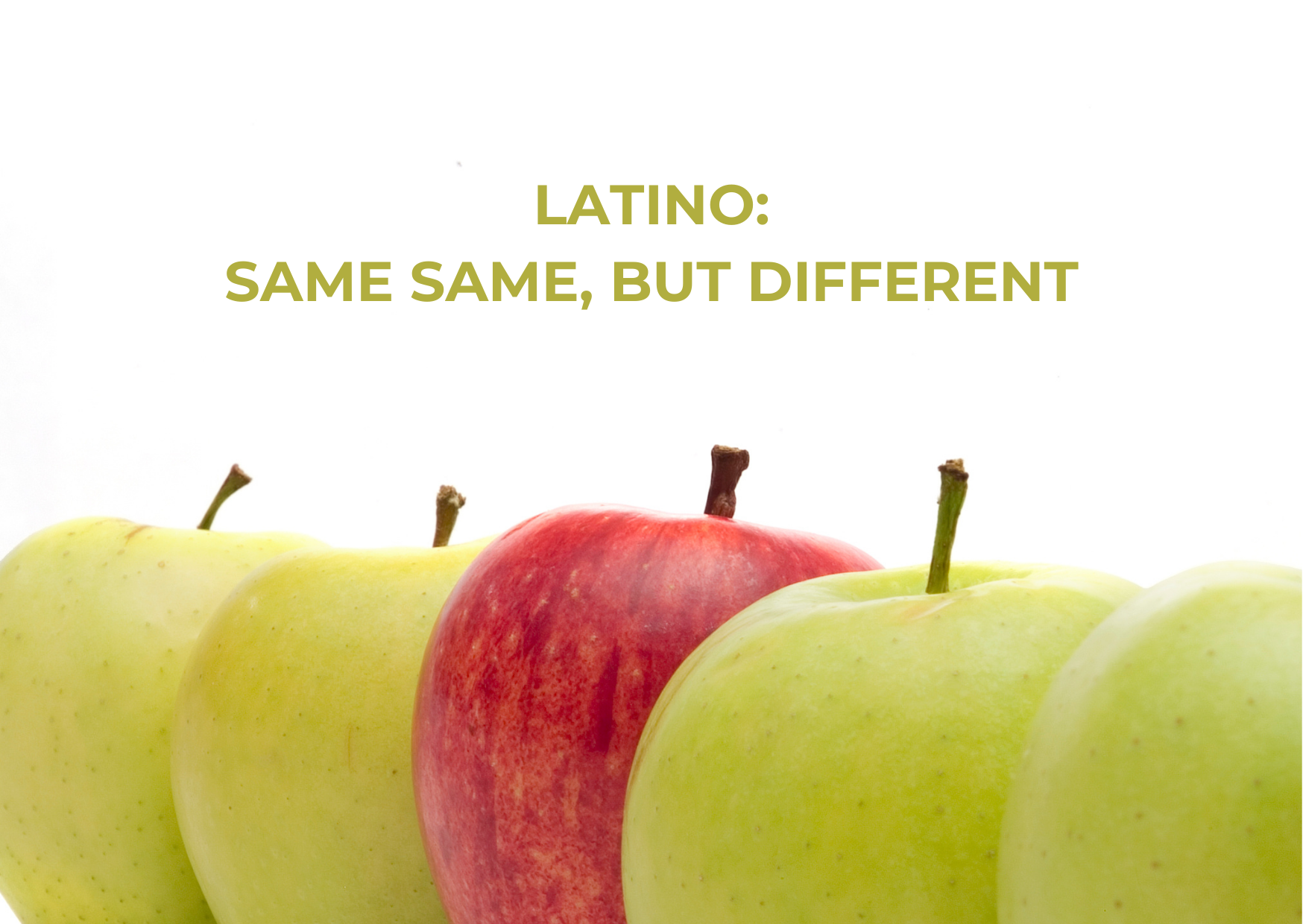 ‍My name is Jose Gomez Jr. I’m a proud Mexican-American teacher from Midwest America. I decided to join the 2021 ETA cohort because I wanted to expand my knowledge of Thai culture, education, and people. In this narrative, I write about my experiences in Thailand as a Mexican-American English teacher in Chiang Rai province, and some of the joys and challenges that I’ve had while in Thailand.

I’ve been passionate about education since high school. One of my big motivations for pursuing a career in education has been my experiences as a Mexican-American youth in Chicago. Throughout my upbringing, I’ve had very few “formally educated” role models in my life that could teach me about college, responsible finance, and the meaning of ‘success’. As a result, I made it my mission to become one of those role models that I wished were more frequent in the Latino community.

I earned my teaching license for K-12 Visual Arts at a St. Olaf College, a small college in Northfield, Minnesota.Through St. Olaf’s education program, I interned and taught in several K-12 classrooms located in the Twin Cities. I spent my summers teaching for a college readiness program called TRiO Upward Bound. During this program I met the wonderful students that sparked my initial interest in Thailand.

One of my earliest memories of Thailand was being released from a two week Alternative State Quarantine to explore Bangkok for the first time. As I walked the streets with the sun beating down on my head, I was reminded of a family trip I took to Mexico in 2018. The greenery, the markets, and the drivers made me feel like I was in Mexico. I had some comfort in that thought, because it made the idea of Thailand less intimidating for me. Everywhere I looked, I saw taxis and fruit or food vendors. The food smelled SOOO good and the fruit looked so delicious! In Bangkok, I also discovered a wonderful thing called steamed buns that have now become one of my favorite things to eat!

I knew that learning the Thai language was something important I needed to do if I was going to connect with my students in Thailand. During the mandatory quarantine in Bangkok, I had two intensive weeks of Thai lessons to get me started, but was nowhere near where I wanted to be after two weeks. As I explored Bangkok, I listened closely to strangers to test my listening skills. Maybe I’ll hear a word I understand, I told myself. It did happen a few times with basic words like rice, food, America, and pork. But there was another phrase that I learned to recognize quickly: Are you Thai?

I’ve been told a variety of things about my appearance. Because of my tan skin and dark hair, many people don’t immediately recognize I am a foreigner. If I traveled alone and spoke the few phrases of Thai that I knew well, vendors were surprised when I asked them to repeat themselves because I didn’t understand Thai very well.  When getting in a taxi, the drivers consistently asked if I was Thai. Their usual guess to my nationality was Thai-Indian or Thai-American, but rarely was it just Thai or just American. I think a big give away was my name. I don’t think “Jose Luis Gomez-Romero Jr'' is a very common name in Thailand.

Usually it led to really nice conversations about my appearance using English and Thai. Most people I talked to were used to the typical foreigner stereotype (pale with light colored hair), so they were really interested in a foreigner that didn’t fit their usual description. Other times, it led to very awkward encounters such as this one that I had in an electronics store with a female employee who greeted me at the door...

Employee: Hello… [says something else in Thai]

Me: Sorry, I don’t understand. I speak little bit of Thai. Do you speak English?

Employee: [calls over two other nearby employees]

Me: [in very nervous Thai now] Uhh...It’s okay, no problem. I go look (at merchandise).

This experience was easily the most embarrassing experience I’ve had being in Thailand. It happened when my Thai wasn’t very good, so I couldn’t explain myself and the other employees were very busy unloading merchandise. I left the store a few minutes later without buying anything and haven’t gone back since…

I’ll start this section by saying I LOVE the food I’ve had in Thailand so far. I’ve had a chance to try various Thai classics as well as a few recipes specific to the Northern region. I owe this to my wonderful colleagues at school. One way my coworkers bond is by making food in the teacher lounge and sharing it with each other. I remember the first time I helped prepare some food. It was a Wednesday, and many of the teachers had down time to do paperwork. A few of the teachers were busy in the kitchen area cutting vegetables and preparing lunch. I really liked cooking back in the US, and I wanted to learn a few Thai recipes while abroad, so I decided to ask if I could help with anything. They said yes and put me to work! The goal was to make papaya salad, and my job was to use mortar and pestle to smash some chilli peppers, tomatoes, and fish sauce together. It was a really cool experience that reminded me of making Mexican salsa back home with my family. The papaya salad turned out really good and came with a small spicy flavor.

Something I often get warned about when I go out to eat is about the spicy food… I can understand why. Thai spices can have a really strong kick! So I can easily picture someone “biting off more than they can chew'' when eating spicy Thai food. However, one thing I think most people fail to realize is that I grew up eating spicy foods. Spices and chiles were a common thing in my household growing up, so now I LOVE eating spicy food. The second time I went out to eat at a restaurant, I ordered fried chicken basil on rice. As soon as my food came out, I could see there were a few green chilies in it...but not enough! So I grabbed a small container of peppers and scooped more onto my plate. At that moment, I was trying to hide the grin on my face because I could hear the surprise of the cooks in the kitchen that had seen me. I could hear one server that had seen me there before say: “Yes, that foreigner likes spicy food!” I looked up and gave a nod in agreement, then gobbled my food happily.

Spice isn’t the only similarity I’ve seen between Mexican food and Thai food. There have actually been several Thai dishes that remind me a lot of Mexican dishes. The biggest one has been Thai khao soi to the Mexican pozole. I’m no expert in Thai food, but pozole was the first thing that ran through my mind when I took that first bite of Khao Soi. Pozole is a red or green soup that consists of hominee and meat. When served, you add cabbage, lime, and onions for some more flavor. It’s a savory dish that usually gets eaten with tortilla chips for a crunchy texture. I know the process for making khao soi is very different than pozole because khao soi uses coconut milk and is made more like a curry, as opposed to pozole, but when I had my first taste of some chicken khao soi, it was like all my taste buds were trying to convince me that I was eating pozole. I told this to my host teacher and showed him pictures. He was also really surprised at how similar they looked.

I’m grateful for the various experiences I’ve had in Thailand thus far. I’m especially grateful that I get to experience Thailand from a Latinx perspective because I’m able to make connections that I wouldn’t otherwise be able to make. Being in Thailand gives me a chance to think about how similar two cultures on two different ends of the world are, and a chance for me to share about my culture and experiences that maybe few people here know about. As I continue to teach and interact with people, I will continue to look for the small things that connect Thai, Mexican, and American culture as well as find those special differences that make each unique.