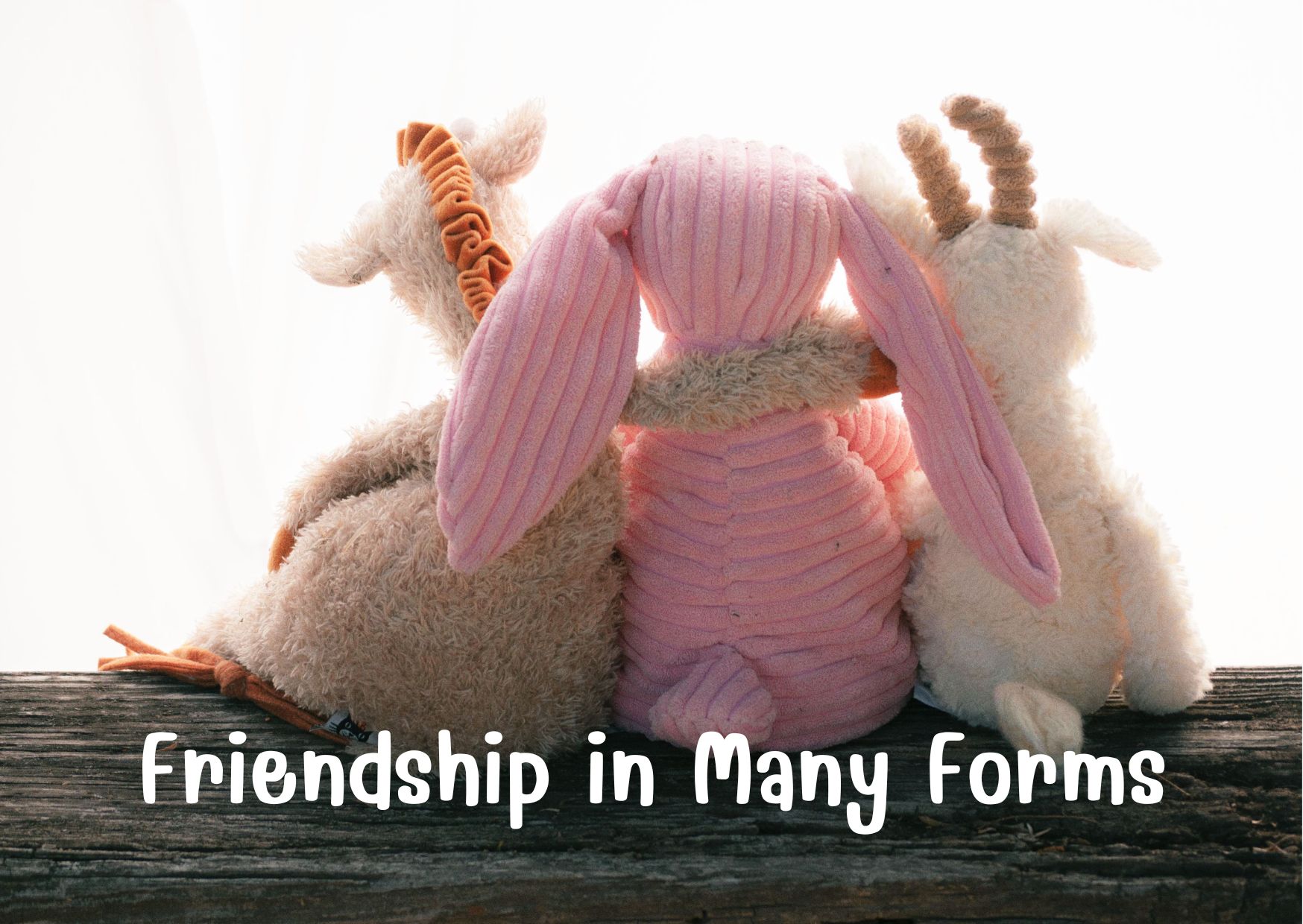 I am the third sibling out of four. Sandwiched between an oldest brother, older sister, and younger sister. Growing up with two sisters primarily consisted of petty arguments about who borrowed whose clothes without asking and sharing a bedroom until the end of middle school. However, post-early adolescence, the arguing has since stopped and my sisters are now my best friends. In fact, I regard my female friendships as some of the most important relationships in my life. Being in Thailand has made that even more apparent.

After landing at the Sukhothai airport in December 2021 and retrieving my suitcase from baggage claim I met my host teacher for the first time. Kru (teacher) Tongaew and a student teacher warmly greeted me and walked me to the van that would take me to my home in Thung Saliam. After giving me a brief tour of my school she took me to a local restaurant and treated me to my first dinner in my province. Two days later it was Christmas day and she gave me a cute bear keychain to say welcome to the school. That same day we took a trip to the Sukhothai Historical Park and biked around the ruins of the first capital of the Kingdom of Siam. As we drove back from our full day excursion into the center of Sukhothai I thanked Kru Tongaew for her hospitality. I also opened up to her about the initial anxieties I had about embarking on my Fulbright journey and how much I appreciated her making me feel more at home. The rest of the car ride consisted of laughter, listening to her Spotify playlist, and sharing stories about our respective home countries. I’m grateful for Kru Tongaew and how she made the transition to my province more smooth.

When I started teaching at my school in January everything was online. Due to the pandemic we were told to do virtual learning until further notice. At this point I had two questions running through my mind: “When will I be able to meet my students in person?” and, “How can I make friends if I can’t teach at my school yet?” Luckily, after about two weeks my school reopened for in person classes. That took care of the first question I had, but I still had not made a close friend. I often get shy when meeting new people. Sometimes it takes a couple of times being around someone before I feel comfortable being myself with them. However, I didn’t want to fall back into this habit in Thailand. So, one day I took initiative and messaged another teacher from my department, Doreen, via LINE (a texting app similar to WhatsApp). Within minutes of me asking her if she had plans over the weekend we settled on meeting up at a popular cafe in our area. On our bike ride to the cafe she pointed out spots she frequently visited and which ones she recommended. I initially thought we would be at the cafe for two hours maximum, however, two quickly became five and we eventually ended up at a Thai barbecue spot for dinner. We shared a connection because Doreen was also in Thailand to complete a teaching grant. She arrived from China in March 2021 and would remain at the school teaching Chinese for 12 months. I listened to her stories about what it was like adjusting to living in Thailand when she first arrived. Everything she described was also true in my own experience. I guess that’s what made bonding with her so easy. We could both relate to what it was like being from a different country and not being native Thai speakers.

Throughout the rest of the semester Doreen and I continued to hang out outside of school. As the school year began to wrap up in February so was Doreen’s time in Thailand. She would be flying back to China in mid-March and I would already be gone for my March internship. The last two times we hung out outside of school were the most special to me. First, I hosted her and another teacher at my house for a hotpot dinner. Doreen wanted to show the other teacher and I what she would commonly eat in China with friends and family. Fragrant aromas and laughter filled the kitchen as we all helped prepare the food. I put on a Disney movie while we ate and later we made a TikTok together. These are the kind of moments with friends I cherish. It felt like we had all known each other for longer than two and a half months. The last time I hung out with Doreen outside of school was bittersweet. We got food from 7-Eleven and took it to our department office because she had to prepare paperwork for her upcoming flight back to China. We said our goodbyes and I made a pinky promise (which we captured in photo form) that I would come visit her in China within five years. Although Doreen is not in Thailand anymore, I am still proud of myself for taking the initial step to cultivate a meaningful relationship.

The Wonderful Women of Empower Foundation

Two days after I said goodbye to Doreen I made my way up to the northern province of Chiang Mai to begin my March internship. I worked with Empower Foundation, a sex worker-led organization that supports other sex workers in areas like, health, legal action, and education. I was welcomed with open arms from the first day I stepped into the space and also found it difficult to part ways at the end of the month. I “taught” English lessons to a group of around four to six women within the organization. I put quotation marks around taught because in many ways I feel like the women taught me more. Our classes involved language learning, but in addition to that we also focused on the core of Empower’s mission–changing attitudes about sex work. I listened closely as they would tell me about their frustrations with the treatment of sex workers around Thailand. I also offered assistance so they could communicate these same thoughts in English.

I learned even more about Empower’s history in Thailand when one of the women, Ping Pong, volunteered to give me a tour of the museum housed within the building. Ping Pong was responsible for many of the English translations throughout the museum, so she wanted to gain more speaking experience as my tour guide. I could tell how passionate she was about her work with Empower, an organization that has been around for over 30 years, and I was happy to be her audience of one. The other women from my class were equally as engaging. One day, I taught a lesson on human rights vocabulary, which involved many English words that most of the women were not yet familiar with. After about an hour of having them repeat multi-syllable words one of the women politely raised her hand and asked, “Can we have a coffee break teacher?” Sometimes I had to remind myself that I was not teaching my regular 12 to 18 year old students at my school in Thung Saliam. Instead I was giving casual conversation-based English lessons to women older than me. Having breaks during class was always the perfect opportunity to learn more about each woman I worked with. We would often make our way to the communal kitchen space on the first floor of Empower and chat over coffee, pad krapow, fresh fruit, or whatever snack someone brought with them to share. Many of the women told me pre-COVID the kitchen was even more lively than what I was seeing. Some women were unable to come to Empower on a regular basis, so it never got too busy in the afternoons. However, I always felt right at home surrounded by laughter and listening to stories of what life in Chiang Mai was like for them. It’s the same warm feeling I get when I’m hanging out with my own two sisters.

At the end of my internship I was sad to leave Empower. I gained so much experience teaching adults and even more knowledge about sex work in Thailand. I offered to continue virtual conversation classes now that I am back in my province and many of the women have expressed interest. I am so grateful to the women of Empower who welcomed me during my short time in Chiang Mai. The more I have gotten to interact with people in Thailand the more I realize how simple it can be to forge bonds. Of course I was excited about teaching English at such an incredible organization, but I didn’t know if I should also expect to connect with the people there. On International Women’s Day I attended an event in Chiang Mai’s Old City that Empower co-hosted. There were musical acts, a speaker panel on migrant workers, and information being distributed about various Thai labor laws. Seeing the community come together to support a meaningful cause further solidified why I decided to intern with Empower Foundation. I saw some of the women from my English class and they were thrilled to see me supporting their event. I wouldn’t have missed a chance to get more involved with the organization. March brought many extraordinary experiences and people into my life that I will hold near to my heart for years to come.

Living in Thailand has given me the opportunity to learn so much about myself. I’ve learned to be more independent, to put myself out there and step out of my comfort zone, and I have learned how much I value friendship. When I met my host teacher I felt a sense of relief that I had someone to help with my transition into my province. When I made my first friend in my province I felt less isolated. And when I interned at Empower Foundation I felt humbled to be welcomed into a community of strong women who saw me as an equal. Woven through all of these connections is a similar thread–female bonds. As I mentioned before, I have a wonderful relationship with my sisters. Having people in your life who you can confide in and who will support you through the many changes of life is a beautiful thing. I am proud that I have found that throughout my Fulbright journey in Thailand. So, thank you to Kru Tongaew, Doreen, and the women of Empower Foundation for the support and friendship you have shown me.

Maya Barnes is a 2021-2022 Fulbright ETA at Thung Saliam Chanupathum School located in the north-central province of Sukhothai. She graduated from Virginia Commonwealth University in December 2017 with a degree in International Social Justice Studies and minors in Spanish and Religious Studies. When Maya is not teaching she enjoys catching up on reality tv shows, trying new Thai food, and befriending people around Thung Saliam.