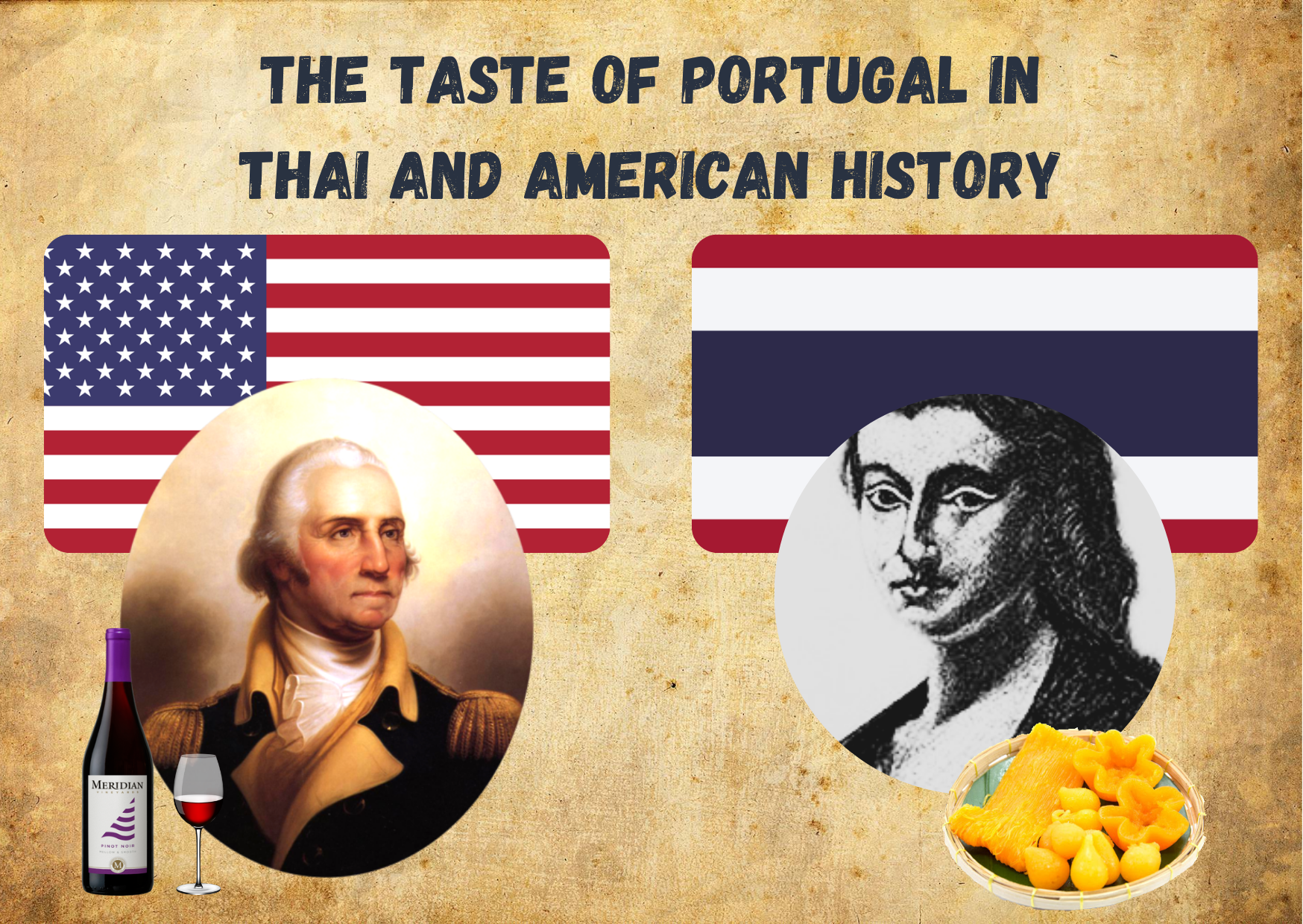 Centuries ago, Portugal was one of the most influential countries in the world. Portuguese were the first Europeans to contact Siam (or today Thailand)for trade and other cooperation. Many of them settled in the country, mixed with the locals, and shared their traditions. On the other end of the Pacific Ocean, a number of Portuguese immigrated to the new world (later became known as the United States of America) and passed on their cultures. Time flies and there is evidence of the Portuguese existence in our history that many of us might not be aware of.

In Thailand, the evidence is found in traditional desserts. Maria Guyomar de Pinha or Thao Thong Kip Ma[1] (ท้าวทองกีบม้า), a Japanese-Portuguese-Bengali woman and a wife of Constantine Phaulkon, King Narai’s counsellor in 17th century Ayutthaya, introduced new desserts made by egg yolk and refined sugar influenced by Portuguese cuisine. One of her most famous desserts is Foi Thong or golden threads[2] (Portuguese: Fios de ovos[3]) made by pouring egg yolk through narrow funnels over the pot of hot syrup. The king was very pleased with these new inventions and promoted them to the local markets. Because their yellow color that looks like gold, an auspicious symbol in Siamese/Thai tradition, the desserts became very popular and have been included in menu for ceremonies and celebrations until now[4]

In America during the 17th-18th centuries, immigrants from European countries,Portugal included, came to seek fortune in the new world, making it rich of diverse cultures[5]. The most notable Portuguese products that were introduced to America is the Madeira wine[6]. It was recognized as one of the most top-quality wines at that time and was appreciated by American famous figures such as George Washington, Alexander Hamilton, Benjamin Franklin and John Adams. Notably, it was the wine that George Washington toasted the Declaration of Independence[7],ending the long war between the United States of America and the United Kingdom. To this day, Madeira is still praised for its unique wine making process which makes them very long-lived even after being opened[8]. It is now produced locally in California and Texas.

The taste of Portugal in Thai and American history relates to our joyful moments and delicacies. Both Thailand and the United States welcome and blend different cultures which make our own rich and interesting. Searching into the history,we always find stories full of surprises. In addition to Portugal, what other countries you find their trace in both Thai and American cultures?